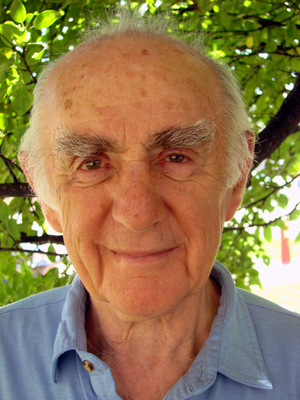 Lee Grodzins, Co-President and Founder of Cornerstones of Science

Lee Grodzins launched Cornerstones of Science in 1999, following his retirement from the Physics faculty at MIT where he had worked since 1959. In 1987, he founded Niton Corporation, a company that develops and markets instruments to measure toxic elements in the environment (four of its instruments have won R&D 100 Awards given to the year’s 100 most innovative technical products). Grodzins was a founding member of the Union of Concerned Scientists, as well as a Guggenheim Fellow and Senior von Humboldt Fellow. Author of more than 150 technical papers and holder of more than 50 patents, he is a Fellow of the American Physical Society and the American Academy of Arts and Sciences. Grodzins received his B.S. from the University of New Hampshire and his Ph.D. in Physics from Purdue University. More details about Lee.  The Lee Grodzins Postdoctoral Award.

Don Hudson is a founding member of the International Appalachian Trail, the Friends of Baxter State Park, the Maine Green Campus Consortium, and the Allagash Wilderness Waterway Foundation. He currently chairs the Allagash Wilderness Waterway Advisory Council. Hudson was appointed by Maine Governor Angus King to the Citizen Advisory Panel for the Decommissioning of Maine Yankee, conducted between 1997 and 2005, and was named in 2001 the public sector representative for Maine to the Gulf of Maine Council on the Marine Environment, a position he continues to hold. In 1982, Hudson became the Head Naturalist at Chewonki, a nonprofit environmental education institution in Wiscasset, Maine, and he served as Chewonki’s President from 1991 to 2010. During his tenure, Chewonki received a Visionary Award from the Gulf of Maine Council on the Marine Environment (1995); two Maine Governor’s Awards (for outstanding leadership in environmental education in 1997 and for sustainable management of natural resources in 1999); the Eagle Feather Award from the Maine Businesses for Social Responsibility (2001) as the outstanding non-profit organization for workplace environment; the Green Choice Award for 2009 from Great Nonprofits; and a Climate Champion Award from Clean Air Cool Planet (2009). Hudson received the Green Heart award from the Quimby Family Foundation in 2009; an Environmental Merit Lifetime Achievement award from the US EPA; the Distinguished Service Award from the University of Maine at Machias; the Espy Land Heritage Award from the Maine Coast Heritage Trust; and an Outdoor Hero Award from L.L. Bean in 2010. Hudson graduated from Dartmouth College with a B.A. in French and Environmental Studies, and earned an M.S. in Botany from the University of Vermont and a Ph.D. from Indiana University in Ecology & Evolutionary Biology. 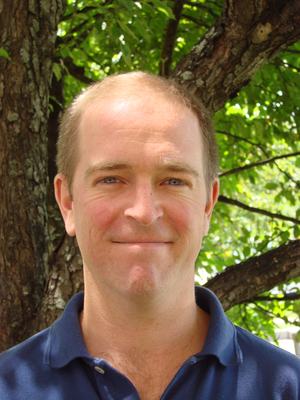 Chris Goodwin works for the Goodwin Motor Group, a five-dealership automobile group owned and operated by the Goodwin family for more than 80 years. Prior to working for the family business, Goodwin practiced law for ten years, first in Maryland and later in Maine. He is involved with numerous local nonprofits, including the Curtis Memorial Library in Brunswick, Maine, where he is the most recent former President; Maine State Music Theater, operating summer musical theater out of Bowdoin College’s historic Pickard Theater; and Community Ice, seeking to build a community ice arena to serve the greater Brunswick and Midcoast Maine regions. Goodwin became involved with Cornerstones of Science through his relationship with founder Lee Grodzins, as the two worked together to transition Cornerstones from a program of Curtis Memorial Library to a separate non-profit entity. Goodwin lives in Brunswick, Maine, with his wife, Alyssa, and two children, Hazel and Felix.

Janet McKenney is currently the Director of Library Development for the Maine State Library (MSL). With a Masters in Library Science from Southern Connecticut State University, Janet has worked in public, academic, and special libraries for 30 years. Prior to working at the MSL, Janet worked at the University of Southern Maine (USM) for 10 years as a technology trainer and Circuit Rider for the Maine School and Library Network (MSLN). Currently Janet is managing the Maine State Library’s LSTA and National Leadership Grant. She is also a Director-at-Large for the American Library Association’s ASCLA (Association for Specialized and Cooperative Library Agencies) division. Janet can be heard on Maine Public Radio’s Maine Calling Tech Talk show where she is a regular tech and gadget “expert.”

Lanning L. Levine is currently the Senior Vice President, Human Resources at American Science and Engineering who develops, manufactures, markets, and sells X-ray inspection and other detection products for homeland security, force protection, public safety, and other defense applications in the United States and internationally.

He joined AS&E in 2011 and in 2013 was promoted to lead human resources as Senior Vice President. Mr. Levine has previously lead human resources in organization including Medisense, C.R. Bard, and Brooks Automation. He also founded Cyberspace Mining, an HR software company that automatized and prioritized high volume resume and served as CEO from 1999 – 2003. Additionally he founded Job-Miner.com, a free online super aggregator of job postings. He holds a bachelor’s degree in business management from Boston University and did advanced studies in international executive management at Babson College and human resources management at University of New Hampshire.