Libraries Chosen to Receive a Free Telescope: Seeing Things Differently at the Library

Recently fifteen librarians received training on how to view the night sky and on using a telescope. Why? Well, from a few different grants and an anonymous donor, Cornerstones of Science was able to award the Orion Reflector Telescopes to libraries based on their submitted essays and on the current science activities in their library. Over thirty applications were received and ten libraries selected. Being awarded the telescope is only just the beginning of the package of astronomical resources and support each library received.

Also included with the telescope are an added Orion 7-21mm zoom eyepiece, EZ Finder II, Library Telescope Resource Manual, and an Accessories Pack which includes a laminated Telescope Users Guide, National Audubon Society Constellations Pocket Guide, a headlamp, and a lens brush. Up to two librarians from each library receives an initial three hour training with an astronomer and a library support specialist to assist librarians with becoming familiar with the telescope and in the loan process. After the training, libraries continue to receive support from Cornerstones with mentors and connections with local astronomers, and also access to a STAR Program Science Trunk. Science trunks are available to all libraries and are topic based trunks filled with science activities that libraries can use in programs or put on display for patrons to use. The STAR (Space) Science Trunk offers experiences around astronomy, space exploration, and telescopes. Congrats to the following awarded libraries and their patrons. Don’t forget to take the time and look up at the night sky!

Ten libraries receiving a telescope from the current grant and five others from a previous grant: 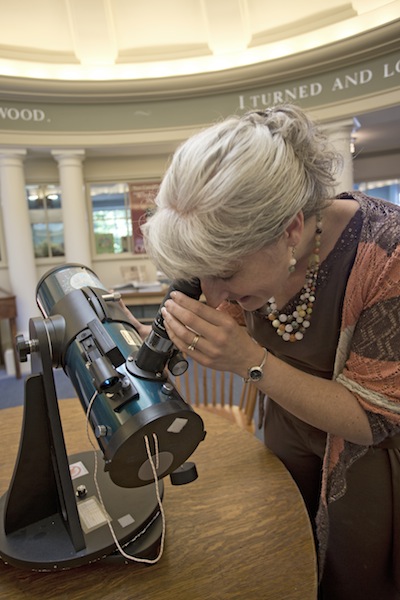