By adminAugust 13, 2015Library News
No Comments

Recently, fifteen librarians received training on how to view the night sky and on using a telescope. Why? Well, from a few different grants and an anonymous donor, Cornerstones of Science was able to award Orion StarBlast Reflector Telescopes to libraries based on their submitted essays and on their current science activities. Over thirty applications were received and ten libraries selected. Being awarded the telescope  was just one part of the package of astronomical resources and support each library received. 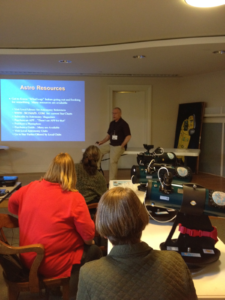 Telescope training at the Bangor Public Library in May with Southern Maine
Astronomer Ron Thompson and four librarians from around Maine. 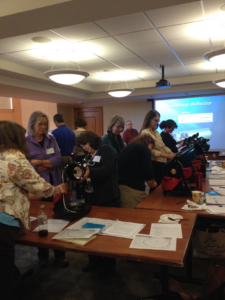 Telescope training at Auburn Public Library with ten librarians and a few library
board members from around Maine.